EU Referendum: Young Voices Are Being Sidelined in this Campaign

Beyond this piece of crude symbolism, polling data courtesy of Hope not Hate & Bite the Ballot/YouGov shows voters under the age of 30 generally feel detached.

Meanwhile, 46% of young people said they did not know who to believe in this debate, compared with 29% who did. Of groups young people were most likely to trust, a teacher/academic came first (net +59), followed by a young person like yourself (net +19). Unsurprisingly, politicians - who have made it their business to be at the forefront of both campaigns - are the least trusted group (net -66). 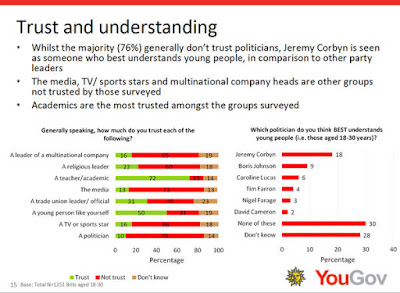 One such politician is George Osborne, whose recent Treasury report outlined a few of the short-term economic risks of Brexit, among which a warning that house prices would face an 18% hit over two years.

The chancellor cannot be accused of holding young people in contempt as to do would be to acknowledge that they exist. By dangling such an incentive for this generally pro-EU cohort to switch, betrays a brazen indifference to the priorities of this constituency.

George Osborne has probably calculated there is more to gain in spooking wealthy home-owning swing voters by the prospect of a loss in the value of their asset(s), and he would be correct, as recent polls have suggested older voters may be switching to Remain.

It is an absolute truth that a large swathe of people between 18-29 do not vote. The message this sort of tactic sends is that they do not count.

Nevertheless, there are those who are, at least, trying to engage young voters. But these types of outreach efforts are rarely successful.

From charming gimmicks like Vote Leave's condoms 'encouraging students to pull out', to the #Votin monstrosity concocted by premillennial thirtysomethings in the Remain camp, these methods all have one thing in common; they underestimate the intelligence of their target market. 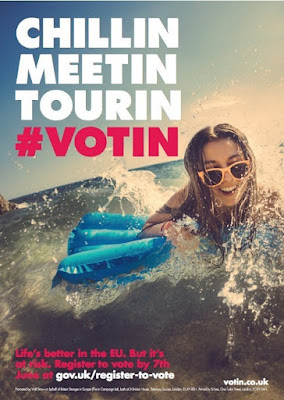 Yet these successes are instinctively dismissed as 'populist' or 'idealistic' without further discussion, usually by the same sort of person who subsequently opts for bright colours, flashing lights and bad grammar in their own doomed-to-fail attempt to rally youth support.

It is clear that neither campaign has convincingly inspired young people to turn out to vote in this referendum, which is ironic, seeing as young people will have to endure the consequences of this decision the longest out of anyone.